Sitting here, filing and sorting cards, late at night on a Friday. Googling players I have never heard of, googling those I have. How did anybody know who anyone was before the Google?

Plucked a couple of good ones to share with you. 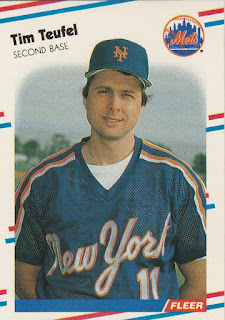 I was only nine when this guy won a world series with the '86 mets. One year before this card was made. Now, while he did have a decent career, and played for a long time. He is mostly known, at least by me for the "Teufel Shuffle". Dance Tim, dance.

The next guy, also had a long career. Sid Fernandez still holds the record for wins by a pitcher born and raised in Hawaii (thank you SABR project). He was so proud of his Hawaiian heritage that he wore the number 50 on his uniform, honoring the fact that Hawaii was the 50th state in the Union.

What is interesting, and I could find nothing to corroborate this, he did not get the "right" to wear number 50 until the '88 season. 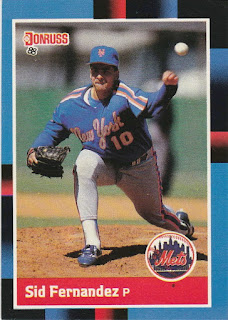 Not sure the reason, maybe he wasn't veteran enough? Maybe there was someone with the number 50 on the team? Here you can see him in the #10 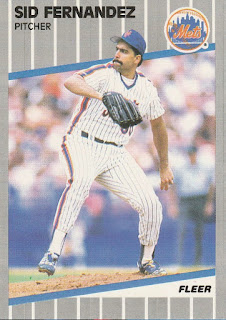 And here, he has earned his states number. Proudly wearing the #50 . . . and proudly sporting a wicked good mustache. 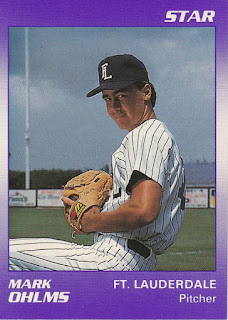 I'm not sure I like the way he's looking at me. His soft eyes seem kind. Where's the killer instinct, where's the fury?

Nope, I do not like the way he's looking at me.